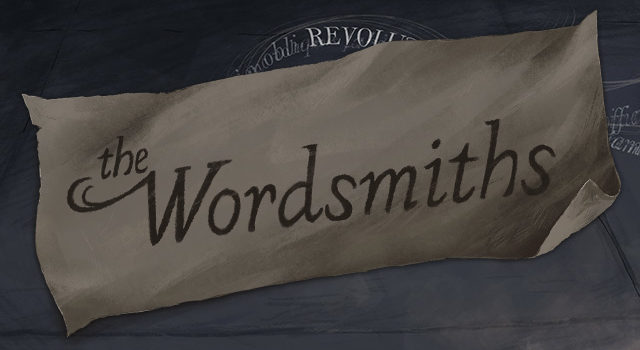 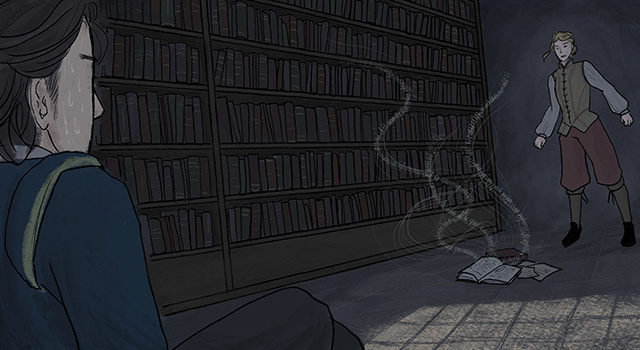 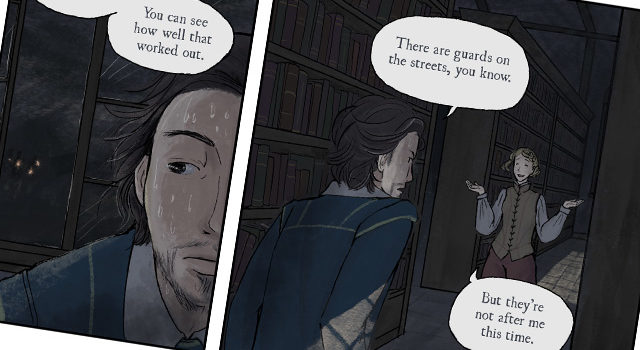 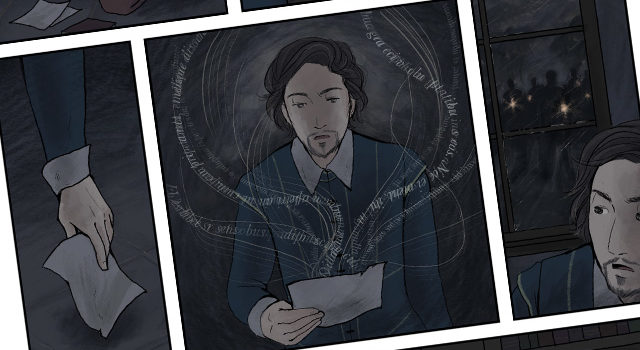 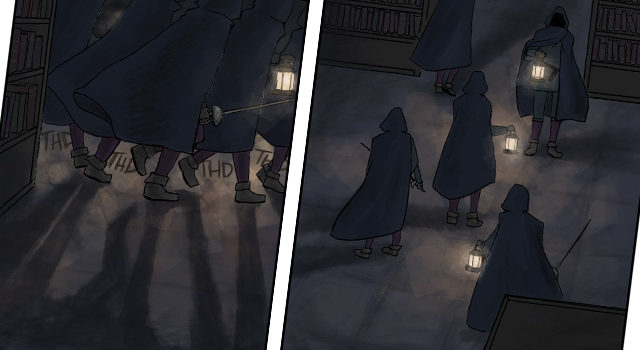 A graphic novel about an alternative Shakespeare in an alternate timeline.

“What if WORDS were actual CURRENCY?”.

In the workshop “Story Worlds” at the Filmakademie Baden-Württemberg we tried to find an answer to this question. Our answer was, that in a society that valued words above everything else, of course someone, somewhen invented a mechanism that literally measured a word’s value to the society: A scale that weighs a written word and shows the value.